Since my last post here, there have been some spells of not very much happening, some of frenetic activity and some when I’ve found myself sitting for hours listening to music, sometimes in the dark. Fortunately I’ve never owned anything by Leonard Cohen though. Listening to that would have sent me into a permanent decline.

The most recent dark spell happened only yesterday when all the electricity went off suddenly, and it was cold as well as dark because the heating wasn’t working either. Following some experiments with the circuit-breakers, it looks as if the upstairs lights are faulty, and I can’t help connecting this with the squirrels I noticed rushing round in a frenzy with their fur standing on end almost as if they’d had electric shocks. I really should have let Daisy, one of the ‘new’ cats, out before now so that she could chase them as she obviously wants to do. She has been spending most of her spare time observing them from the conservatory as they run across the glass roof above her head and scale the house walls 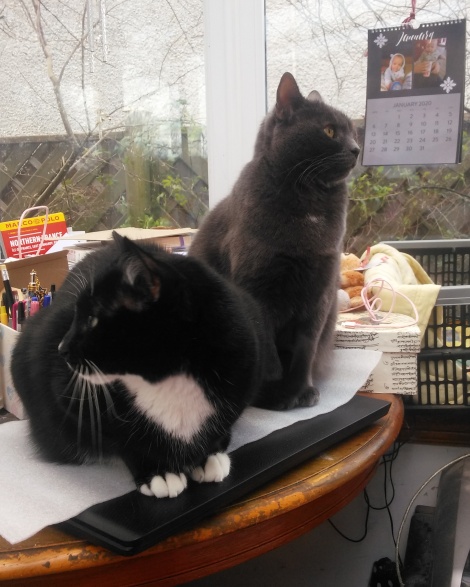 The ‘new’ cats are now liberated from their confinement in an upstairs room,  and it has turned out that, far from being terrorised by Jacques, they feel confident enough to chase him about. I don’t know how this has happened as Jacques has never allowed himself to be intimidated before even by foxes at least twice his size. Daisy, the grey one, started it and then Thomas, who when not chasing Jacques is terrified of almost everything, joined in. There’s no accounting for cats. After several weeks of looking martyred and hunted, Jacques has made a good recovery and now they all steal each other’s food and almost always sleep in the same room, though without touching each other of course.

Christmas was a time when I sat still for ages listening to music, too tired even to read. It was almost like having flu, except that I didn’t feel terrible, I just had no energy. This was partly because I had a cold, partly because the week before the holidays was a nightmare week from hell at work, and partly because, after having had an enforced break from driving for several weeks in October because of my eye operation, it took me 6 weeks or so in November and December to get the car through its MOT test. So I had about 2 months altogether of not being able to drive to work. Of course the local Council saved up the road works at the end of our street so that they would start the day after I was back on the road. Do you ever feel as if everyone is working against you? ‘How all occasions do inform against me!’ my mother (and Hamlet) used to say.

Due to pressure of things, I am still working on my NaNoWriMo novel, but I only plan to work on it until the end of this month, and then I’ll make a start on the 20th in my mystery series. It’s an amazingly neat coincidence that I will be writing it in 2020, and I intend to turn that into some kind of catchy slogan to use in my marketing efforts. Watch this space for news! 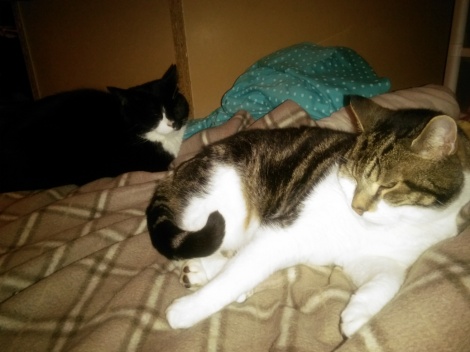