Although April is usually my favourite month of the year, partly because of the arrival of spring and partly because my birthday falls almost in the middle of it, I wasn’t sorry to say goodbye to it this year. I’m now happy to say that both my car and my smile are working again, my cat and another member of the family, both quite old, are recovering better than expected from the various things that were wrong with them, and I’ve written most of the first draft of a new novel in my long-running mystery series. 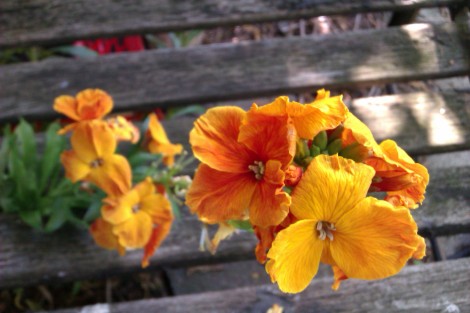 I have somewhere between 10,000 and 15,000 words still to write in this draft, and I hope to be able to write ‘The End’ in 7-10 days or so. I’ve been somewhat held up by a work trip to Oxford for a couple of days, but because of advances in technology, i.e. a new blue-tooth keyboard, I’ve been able to write more while on the move and have in fact written a few hundred words at least every day. For more about how I write (or not) in transit please see my blog post on the shared Authors Electric blog here: In Transit by Cecilia Peartree. This long-running blog is full of really interesting articles by various authors. I will be posting there on the 5th of every month but just in case you were wondering, that doesn’t mean I will neglect my own blogs! Apart from possibly the politics one as I am finding it too depressing to write about politics at the moment.

As sometimes happens, I’ve returned from my trip away with some new ideas for things to write later in the year, including a possible Christmas novel. I don’t usually think about Christmas until much nearer the time, ideally the 24th of December or so, but in this case I think I will enjoy writing about it, maybe in the middle of summer.

I’ve also had a few ideas to do with work that I won’t bore you with! Obviously being in Oxford means tuning into all the intellectually stimulating things that have gone on there over the centuries. And actually, just being in new surroundings of any kind can have a similar effect. I don’t think I will ever set a novel in Oxford – plenty of other people have been there before me, so to speak – but I found it a very interesting place anyway.